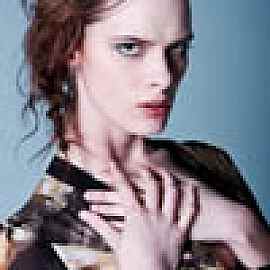 I just had a lengthy discussion with my parents about the material covered in this book-- I couldn't stop talking about it! The subject matter is so interesting and relevant, and the book is written in a manner that doesn't bog the reader down. A very quick read! ** spoiler alert ** I'm not really sure what the point of this book was supposed to be. The author, a self-described life-long vegetarian (who has eaten meat in restaurants most of her life... so is that really a vegetarian?), is told by her Dr. to eat more meat in the hopes of correcting some health issues. The book chronicles her "adventures" and mishaps through the meat-eating world. This is a tired story. In the past decade so many life-long vegetarians are now deciding to eat meat because of health issues or because humanely and pastured-raised meats are more readily available - or both. The story has no particular climax... but it certainly is full of pro-vegetarian, conventional wisdom and Standard American Diet rhetoric... low-fat, eat less meat, blah blah blah. The author also refers to non-meat eaters as carnivores more than a dozen times. Another pro-vegetarian spin trick. And although she quotes Michael Pollan and his book The Omnivore's Dilemma many times, she prefers the term carnivore over omnivore time and time again. Ah, sensationalism... In the end the author decides on a raw foods "hippie" diet rather than traditional vegetarian/vegan or meat-eating diet. Claiming she had more energy and felt better than she had in years on this diet. She also claims she felt heavy and tired and gained THREE WHOLE POUNDS on the meat-eating diet. What she doesn't say much about is that she was eating grains, pastas, breads, and basically high-carb on the vegetarian and meat diets. Grains, especially wheat-containing gluten in known for causing inflammation in the body, leading to a whole host of autoimmune diseases and symptoms of fatigue, etc. Only on the raw food diet did she cut these out. For the record, eating meat, vegetables and good fats is associated with losing weight, lowered cholesterol, lowered rates of heart disease, curing autoimmune issues such as skin problems, Hashimoto's, rheumatoid arthritis, lupus and even lessening the symptoms of MS and autism! In the end, I found the book difficult to finish, full of CNN-type conventional-wisdom anti-meat-eating mantras. Did the author go through the same which-diet-do-I-follow conundrum that we all go through and then wake up one morning and think people would really want to read about it? The writing style is really good. It's the only thing that kept me reading. If the author chose to write about something else that was useful or interesting, she might have a hit. I can see now why it is on remainder (bargain-bin) so soon. It's not the chick-lit book that the cover fools you into thinking it is. I'm glad I borrowed this one from the library, instead of purchasing it.