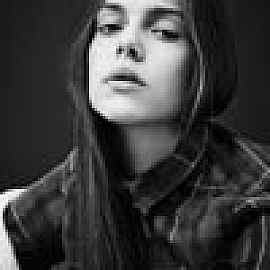 This was my first Anita Shreve books and remains my FAVORITE but I have truly enjoyed all of hers that I have read.... First Impressions: I finished Vernor Vinge's "A Fire Upon the Deep" and let me tell you this monster book, clocking at nearly 600 pages, does have adventure, medieval civilizations, a bit of romance and has its dark side as well. Parts of the book do drag and the author might have been in need of an editor, but overall not a bad space tale. Basic Premise, Some Comments: In this universe we have 'zones of thought' that are linked through a subspace network, similar to our Internet which is colloquially called the "Net of a Million Lies." Would make a great advertisement for Wikipedia and the World Wide Web of today! The book was written in the 90s and so the pattern is of the Usenet groups of that time. The book is broken down into several areas - the release of the "Blight", a malignant force that destroys all who oppose it, a family that discovers the "Countermeasure" but crash on a planet of dog-like aliens that only communicate in groups (a "pack" can think and respond only in a group, not singly), Ravna's planet, her job at "Relay" (as a librarian) and her relationship with a human (put together from parts by "The Old One," a superior being from "The Beyond", and their adventures together. These parts don't always fit well. Each is expanded on (such as in the dog-like alien world, "Tine's World") and that's where the story tends to drag. We get involved in the intrigue, the castles, the battles and traitors of their race. The man and woman mentioned earlier crash-land and are immediately killed by this race. The brother and sister (Jefri and Joanna) are separated and each thinks the other is dead. The warring factions take advantage of this misunderstanding and slowly leech out technology that these children may know for their own advantages. Interest: I did enjoy the clash between factions in this alien society and the imaginative way they built "packs" where you would take different skills from each "dog" and they would somehow think together. With the invention of radio, thanks to the humans, the Tines discovered that they could radio to each others' brains! This was interesting but never expanded upon to include the whole race, but just one pack. Other aspects of the story: The warring factions clash near the last 100 pages of the book which I found fascinating, how each faction used the children as pawns and at one point wanting to kill them to gain advantage. The part where each discovers that the other is alive is heartwarming but also comes with the price of a life. That was the best part of the book. Romance: There is a bit of this, between Ravna and Pham (at least before she discovers he's not all man - oops!). Also camaraderie and loyalty between starship captains as they attempt to rescue Ravna from "the Blight." Great space battle here. World Building and The Internet: The author dwells too long on detail and I felt the reader spends a long, long time on the chatter of the 'Net, which can be annoying as you just want to story to move along, and the extraordinary time we spend on the Tines' World. There's not a lot of explanation of the "Beyond" and how and what that's all about - just hints of superior beings and we as humans or lesser aliens are their pawns, and only in the lower levels are we safe from them. Finally, it's a tough book to put down and wait awhile and pick up again. You have to reread a few sections to refresh your memory on what's going on. As well, Vernor Vinge tends to make up words without explanation and leaves it up to the reader to figure out, as well as not fully explaining what's going on. For example it took quite awhile into the book before discovering that the alien "packs" communicated as groups not as individuals. Final Thoughts: Overall, a decent read. Set aside some time and give Vinge your full cooperation. May not be as good as the amazing space operas of the Golden Age of Science Fiction, but it is a worthy, if dragged-out read. Recommended. Vernor Vinge's Other Novels: The Children of the Sky Marooned in Realtime The Collected Stories of Vernor Vinge A Deepness in the Sky [Sequel to "Fire."] First book by Hesse I read. I was a teenager and I fell in love with his writing. Read a lot of his stuff in the following years.