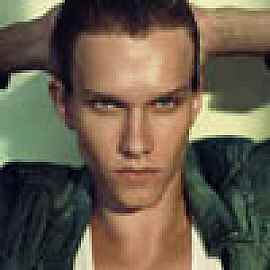 Those of you looking for The Little Mermaid or something like it, turn back now. Ripple is anything but. It's dark and somewhat frightening, harkening back to the sirens of old. The ones who would drown a man sooner than kiss him. Lexi discovered that she was a siren two years ago, and she's understandably having trouble coping with what that means for her and how it will affect her life. One person has already died because of her and she's not about to let it happen again. She closes herself off to the world, keeps people who used to be her friends at a distance, and has removed herself from the ocean entirely, retreating to a lake deep in the forest where no one could be in danger. But one boy is encroaching on her territory and her life. Cole is determined to help the girl he used to know resurface, and he won't let her go easily. In a school full of tormentors, Cole is the only one she can turn to but letting him in could be dangerous, if not deadly. Mandy Hubbard weaves a careful mesh of fantasy and reality, crafting a melancholy tale about a single secret with the power to destroy families, friendships, love, and lives whether it stays secret or not. Uncovering the story behind the cursing alongside Lexi was one of my favorite parts of this story. Instead of asking us to believe whatever she told us was going on, Hubbard showed how the curse came to be through diary entries in which she tells the story behind the story. Through those entries, Lexi also gets the chance to learn about her mother's past. Cole is the friend who wants to be more to Lexi. I fell in love with him myself for the way he's always looking to slip through a crack in Lexi's glacial facade and obliterate the wall she's put up over the years. He wants her to take comfort and confide in him, and he doesn't back down even when she tries to drive him away. Okay, I won't say too much, but Cole isn't the only boy in this story. (Of course not, right? It's modern YA!) Erik transfers to their school and tells Lexi that loving him is the answer to all her problems. Naturally she's wary, but she'd try anything to get her old life back. And forcing yourself to be with a guy who looks like a Greek god can't be all bad. Their relationsip intrigued me because it was a classical case of "we look good on paper" syndrome with a paranormal twist. You know, Boy and Girl share common traits and similar lifestyles so its not hard to imagine the two of them dating, getting married and have 2.5 children and a dog. But as much as you want it to work, there's no chemistry. No spark. If you're searching for steam, you won't find it in Lexi's love life. The love triangle in this book is admittedly tepid, but watching Lexi decipher her relationship with Erik and her feelings for Cole really gripped me. There are a few very poignant moments where Lexi realizes that no matter who she chooses she'll have to sacrifice. I feel like a lot of people missed the boat with Ripple. Early on it seemed that people were excited and then the buzz just died off. I can only guess that people expected a pretty, paranormal mermaid novel and not the emotionally wrought story of a murderous siren plagued by her own existence. Regardless, I'd like to see this well-written, engaging piece of fiction get noticed for more than the scales on the cover.