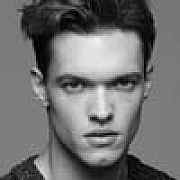 Even though I tore through this in less than twelve hours, I just can't bring myself to give a five star rating. It was a fun and easy read, though, and I recommend it to anybody looking for something light and fun. We have a girl named Kate. Her mother is dying. Her mother's dying wish is to live in her hometown of Eden, Michigan. So they move to the teensy-tiny little town in the upper peninsula of Michigan (which I know from experience is not nearly as pretty as it sounds). Through a series of rushed and not completely credible events, Kate meets a handsome young man who claims to be Hades, ruler of the Underworld. He offers her a bargain: if she lives with him for the autumn and winter and passes seven tests he will not only keep her mother comfortable, alive and able to say a peaceful goodbye, but will also grant Kate with immortality, power and a ruling place at his side as his eternal bride. There are some odd coincidences. Teenagers are way, way too apt to believe in a story that makes absolutely no sense, and are unnecessarily involved in the life of a reclusive new girl. The beginning feels completely... false. I guess that's the best word for it. The first seventy or eighty pages are so obviously a ruse that it was difficult to stick with this novel at first. However, once Kate gets to the manor/gateway to the Underworld, and starts spending time with Henry, the story become more enjoyable. We had to wade through the weeds to get to the fairy tale, and the fairy tale is worth it. It's fun poking through her life to decipher what the "tests" are, and determine for yourself how Kate is doing on them. The romance is well developed, tasteful and sweet. I assume the last portion of the book was intended to be a "surprise" or "twist" of some sort, and if I was sixteen, maybe it would be. As it stands, there was no surprise; I knew exactly who the villain was, I knew who was going to walk into the room before they walked into the room, and I knew what the final test was before it even started. That's not to say the story wasn't enjoyable, it was, and very much so. It just wasn't surprising. I liked the ending, I liked the "neatness" of it, everything tied up and finished. I can't for the life of me imagine what is in the sequel, but I enjoyed this one well enough that I'm sure I'll end up reading it when it comes out. Not an oh-my-gosh-I-loved-this-book-so-much-I-might-hurl-a-little book, but enjoyable and pleasant enough to keep just about any fantasy/mythology reader satisfied. PARENTAL ADVISORIES: Sex 2/5: A teenage girl mentally accuses another of being easy. Some kissing, ranging all the way from chaste pecks on the forehead to sending-tingles-through-your-toes lip locks. A few discreet mentions of "THAT" (and talked about with that exact terminology: the word "THAT" in italics every time. Super funny) A couple has sex, but the scene doesn't unfold for us, there is a discreet fade-out before the action starts. A girl mentions spending the night with her boyfriend, and sex is implied. Language 2/5: Damn and Hell, since we talk about the Underworld a lot. A B-word or two, and a couple slang terms for easy women are tossed around. Violence 3/5: A man walks in on his girlfriend with another man and the two men engage in a sword fight. A girl dives into a river and crushes her head on a rock. Several conversations are had about the fact that other girls have attempted these tests and been murdered during their efforts (mostly poisoned), though these are brief and not gory. A girl is attacked and stabbed repeatedly. Substance Abuses 0/5: Nothing.