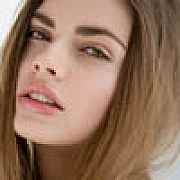 I'm still a little in love with Atticus. He sticks with me as the ultimate in quiet heroes, and I adore the way he fathers his children. Scout is one of my favorite little girl characters. Ultimately, I think this novel manages to deliver a strong ethical message without being preachy or moralistic. I think this book belongs in my top 5. Oh, and I loved the movie almost as much. Read it again (for the fifth time). Finished just yesterday, and a few things seem different, when really it's just me. I'm different. I, for some reason, wasn't as aware of the use of the n-word any of the other times. It's shocking the first few times, but I'm southern, and it's honest, especially for that time, I suppose. I identified strongly with Scout when I read it as a girl, then with Atticus as a parent, and this time, for some reason, with Jem, who is trying to figure out how to be the young man he wants to be. I needed to read it right now, again. So many messages seem to be coalescing to point me toward a compassion that's difficult to embrace fully. It's me trying to tell me something, and me sticking my fingers in my ears. I think the message of tenderness and empathy and responsibility changed me when I read it as a pre-teen, and can still change me now, if I let them. I think the characters helped to show me that I could choose what I could be. It's much more difficult, of course, to be a consistent human than a consistent character in a novel, but I appreciate having the example. I want my little boy to see this movie and, when he's a little older, to read this book. He's already a better human than I am, but I want Atticus and Scout and Jem and Dill and Calpurnia to meet him and him to meet them. I wonder how young is too young.