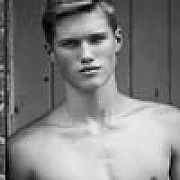 I decided to read this book because someone I follow on twitter was reading it for book group. It seemed from a few posts that it was a little bit of mind candy and having just finished Guns, Germs and Steel I needed something easy. The gist of the story is that the Greek Gods (Zeus, Aphrodite, etc.) having fallen out favor with the human race have lost much of their power. As a result they now call a dingy flat in London home and are forced to work odd jobs (Artemis walks dogs, Bacchus runs a club, you get the picture). The thing is, in the story they are still the "true gods" meaning they have to keep the sun rising, the earth turning and generally keep the world alive. In addition to losing their powers they are also bored. After thousands of years of living with each other they really can't stand being with each other. Their only real pleasure is in messing with each other and with humans (the behaving badly part). This, of course drives a lot of the humor in the book. However establishing the gods as bored, and boorish, makes it hard to like the characters enough to care what happens to them (and keep reading past the first few chapters). If you persevere, you'll emerge into a funny, if predictable story that is entertaining at the level of a good sitcom. You won't learn much (other than a refresher on your Greek gods), but you'll get some good laughs, find some unlikely heroes and enjoy A bit of irony now and then. I give this one two stars and recommend it to those who want to be entertained without thinking very hard.