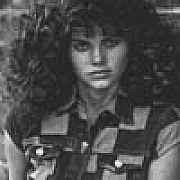 A sad book because it is based loosely on facts: the (colonial) farmers own most of the arable farm land and have done so for generations. Under the guise of giving the farm land back to the indiginous people, the land is forcefully taken back, regardless of the cost to the (colonial) owners. There are no consequences if they are killed in the process. However, the farm land is not given to the indiginous farmers but taken over by greedy politicians using it as a status symbol - the farm allowed to go to ruin. So this is a story of Davey who's parents are murdered in such an attack whereas he survived because he was in the attic at the time. He is on a guilt-trip because he witnessed part of the murder but went into hiding instead of trying to defend the family. I appreciated the use of colloguial names throughout the book. Words like stoep, vlei, donga, kraal, kopjie, boerewors, braai. There are many more and anyone raised in Southern Africa will understand their meaning. Other readers however may not. The author does however explain some of the more obscure words like "kapenta". All in all an excellent book though I did feel that Davey, as a teenaged boy, born and raised on a farm would have more "guts" and sense than what he is portrayed to have. As a final comment, I did not enjoy how the script developed: one would read a second-hand account of an event and then several chapters later, the same event told first-hand. As an example, the final chapter tells how Davey carries out a certain act. However, several chapters earlier the reader already know all about this act though not as seen though Davey' point of view. Maybe it makes good literary sense but I found it frustrating - and would have rearranged the chapters if I could. Still gave it 5-stars anyway!!